Resistor packages can be divided into two categories: Through-Hole Mount and Surface Mount.
Through-Hole Mount or DIP.  The volume of the component is large, and the circuit board must be drilled to install the component. After the drilling is completed, the component is inserted, and then the tin furnace or tin spraying (also hand soldering) is costly.
Surface Mount or SMD. This kind of component does not need to be drilled, use a steel film to pour the semi-melted solder paste into the circuit board, and then put the SMD component on it. Solder on the circuit board. The volume of each type of resistor is also different, and the power characteristics are different. Generally, the larger the volume, the greater the power. 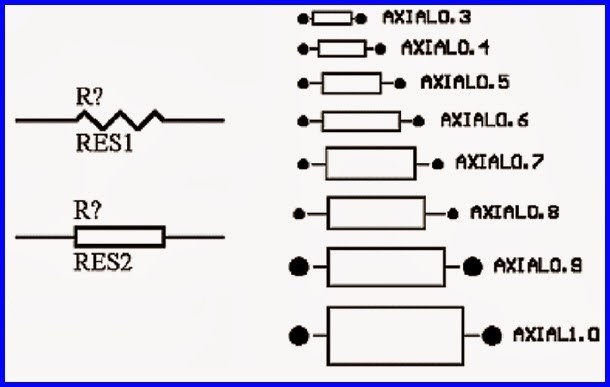 There are 9 common packages of chip resistors, which are represented by two size codes. One size code is an EIA (American Electronics Industry Association) code represented by a 4-digit number. The first two digits and the last two digits indicate the length and width of the resistor, in inches. The 0603 package we often talk about refers to the inch code. The other is the metric code, which is also represented by 4 digits, and its unit is millimeters. The following table lists the relationship between the imperial and metric system of the chip resistor package and the detailed dimensions: 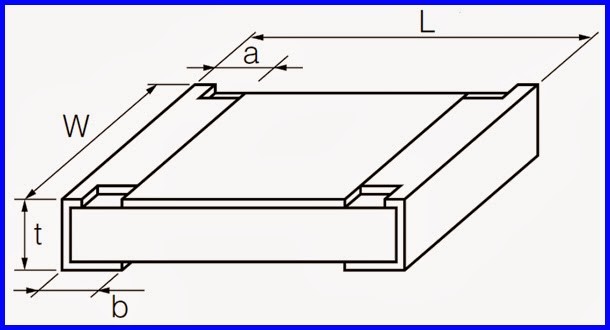 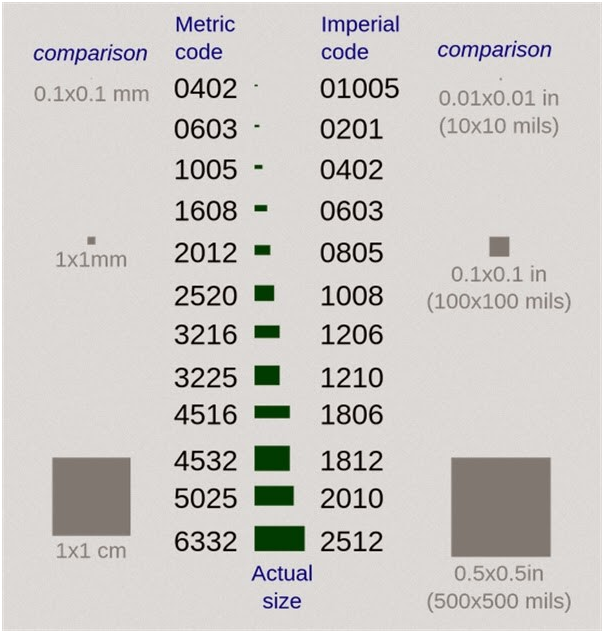